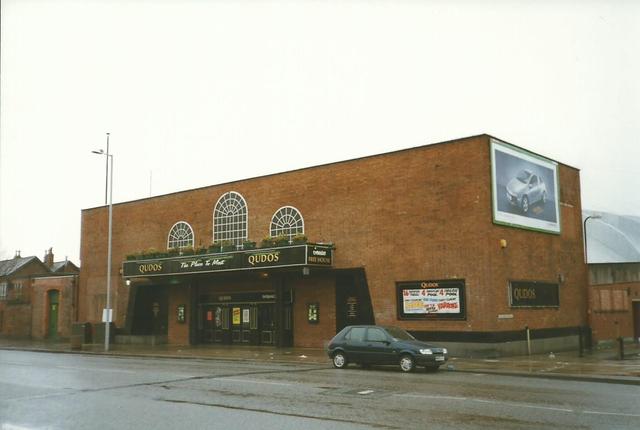 Originally on this site on Stanley Road at the corner with Malvern Road was the Broadway Cinema, which was destroyed by German bombs on 8th May 1941. The Rank Organisation built the Gaumont on the site, and it opened on 23rd January 1956 with Peter Finch in "Simon and Laura" and William Campbell in "Running Wild".

Seating was provided in a stadium plan, with a raised stepped section at the rear, rather than a conventional overhanging balcony. The CinemaScope screen was 50 feet wide.

It was re-named Odeon from 26th April 1964, and was closed on 1st November 1975 with Warren Beatty in "Shampoo". It was converted into a skateboard park for a short time, then a snooker club.

Exterior of the Odeon Bootle, about 1971, judging by the film that is playing: http://www.mawgrim.co.uk/cavalcade/bootle.jpg.