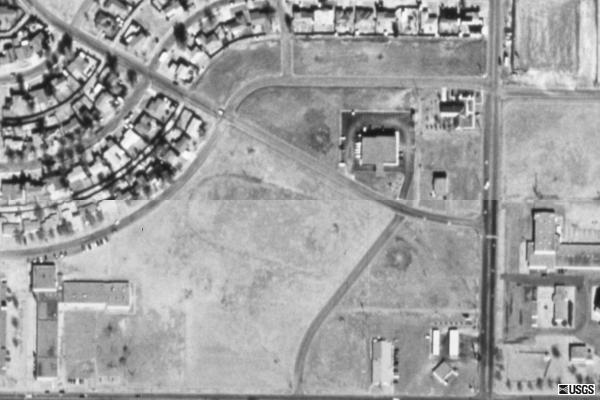 Opened June 23, 1950 with Maureen O'Hara in “Bagdad”. At that time Pampa, Texas was a booming oil town. It was located on north edge of town. Later, Northcrest development was built behind it. It closed in the 1970’s where a WalMart replaced it.

After the Top of Texas drive in closed, it was rebuilt on the edge of another part of the city and renamed Pampa DI Theater.

I noticed the address of the Top O' Texas Theater is listed at 2215 North Hobart on the advertisement.

Listings for the Pampa Drive-In stopped in 1955.

The Top O Texas Drive-In Ended Up Closing Its Gates In The Middle Of July 1976. After Its Closing A Week Or 2 Later, Workers From The First National Bank Paid $311,000 For The Drive-In’s Property On July 29th. The Theater Ended Up Demolishing In November 1977 After A Report On The Pampa Daily News.