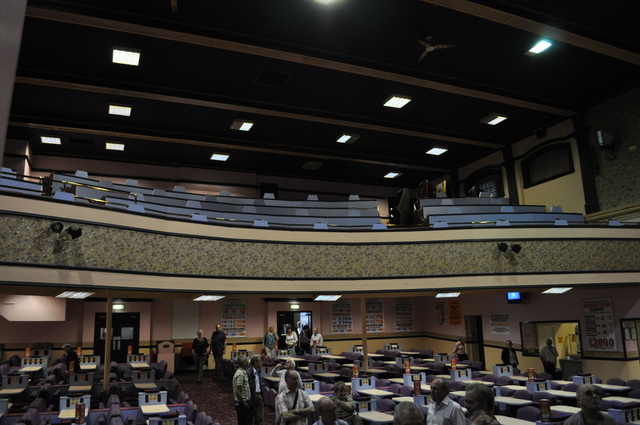 Located in the mining district of Hemsworth, south of Wakefield and Pontefract, West Yorkshire. The Hippodrome Theatre was opened around 1908-1911 as a live theatre. Seating is provided in stalls and circle levels.

Several years ago a fire destroyed the roof, and it is possibly at this time when repairs were carried out that the auditorium lost most of its decorative features, as the current space is an almost plain box. Bingo still operates in the building today.