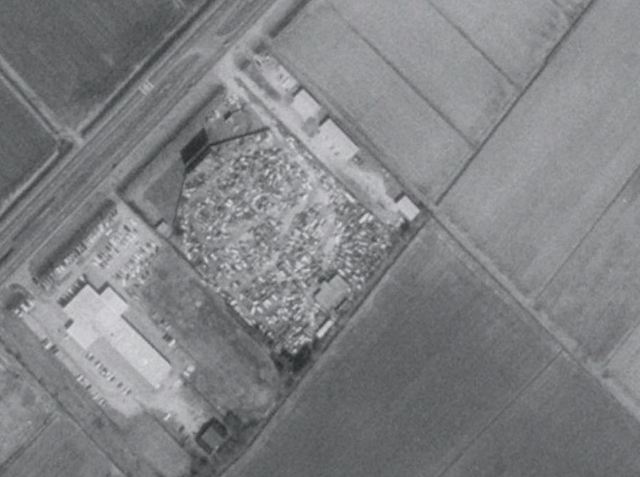 The South 17 Drive-In appears to have been constructed during the first half of the 1970’s. The operation lasted presumably into the second half of the 1980’s. The speakers were stamped with the name of a Virginia drive-in. The name escapes my memory- maybe the Azalea. Anyway, regardless of whether the mechanicals of the theater were used, the South 17 was a very nice drive-in. The screen was of modern professional design using structural steel (pipe with the various reinforcements) and was of the wide format. The concessions building was of brick and block. The projection booth was on a second storey. I suspect that it was a platter and bulb setup since I can’t ever recall a muddy picture or a bad switch over.

The staff were friendly people who made you feel welcome and assisted in making a visit a pleasant experience. The snack bar was inviting and offered a good variety of food. We usually bought a large sub, Cokes, huge onion rings, and a great tasting dill pickle that was large enough to share. Never did try their pizzas, though they really had a great aroma.

The restrooms were always clean and the walls were covered shoulder high with Torginol which gave a pleasant granite appearance.

These coordinates 36 16 41.84 N 76 16 48.91 W in Google Earth search shows the location and using the site history button reveals the screen still in place on 3/6/93 but the lot is brimming with salvage autos. By 6/2005 Biggs Collision Repair Center has been constructed on the front half of the drive-in property. The structure at the rear may be the concessions building although it appears somewhat off center to the screen. I remember the management lived on the premises and this might be a residence or some other building built after the closing of the drive-in.

The South 17 Drive-In came into being at a time when most if not all drive-in theaters in eastern NC were either closed or worn-to-the-bone and operating on a shoestring budget—places that were not very pleasant. It is regrettable that a relatively new drive-in was demolished and built over. Somewhat tragic that it did not exist long enough to switch back or become a family centered drive-in.

Google pin should be south of Elizabeth City toward Woodville & Hertford just as US 17 begins to widen into a divided highway.

Approx. address for this drive-in was 1197 Old US Highway 17 S. Now Biggs Collision.