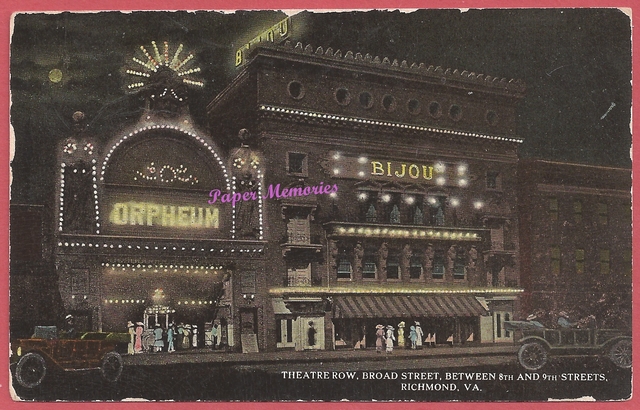 After laying empty for several years, it was re-opened by Wilmer & Vincent Corp. in 1938 as the Park Theatre. The Park Theatre was closed in 1953. It was renovated as an office building for Virginia Credit Union, but has since been demolished and the Library of Virginia now takes up the entire block.