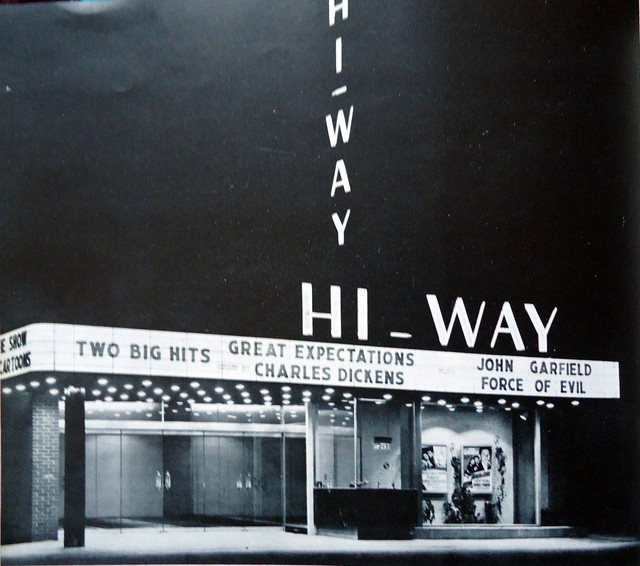 Opened in the late-1940’s as a single screen theater, with all seats on a single level. The Hi-Way Theatre was split into a twin in the 1970’s. It finally closed in the early-1980’s. The theater has since been renovated into medical office space.

Contributed by Casimir A. Mizera
Get Movie Tickets & Showtimes

The Hi-Way Theatre was designed by William Riseman Associates and it seated 987 people when it was a single screen movie theatre.

I see there is a medical office building at the Hi-Way’s former address, but was this really the Hi-Way building? It looks nothing like a theatre and I am inclined to think that they demolished the cinema and built this office building in its place. Please respond if you know for sure.

The HI-Way Cinema opened on January 1949 and closed on December 21, 1988. The theatre was demilished except for the structural steel which was utilized in the construction of the office building. The structural steel was not removed but may have been added to in constructing the building.
Although the the front of the building and most of the auditorium was located in Stratford part of the auditorium, screen and parking lot was located in Bridgeport. The location of the theatre was important in that the clearance for showing of films depended on whether it was actually located in Bridgeport or Stratford. In any event this was resolved when clearnaces were no longer applicable by the film studios.