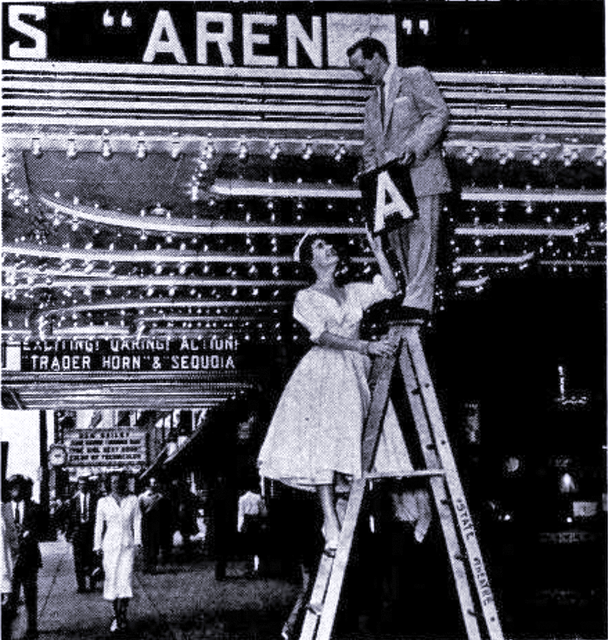 Your eyes aren’t deceiving you. That is Loew’s Park manager Frank Arena and he’s gone to the neighboring Loew’s State Theatre to put his name in light as “Arena” plays the State Theatre in 3D circa 1953.