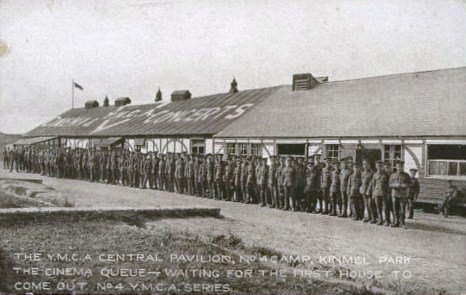 Located just off the A55 road in Bodelwyddan near Rhyl, Denbighshire. The Kinmel Park Army Camp was built around 1914. Operating as a YMCA boys camp in the 1930’s, known as Kinmel Park Camp. One of the facilities was the YMCA Camp Pavilion, which was used as a cinema and for concerts. The camp became a boys training camp for the British army cadets from around 1939, and continued as an army camp into the 1970’s. By the 1980’s, the site had been abandoned and only a few buildings remain, the remainder of the site is now an industrial estate. As far as I know, the cinema was used for military personnel only.