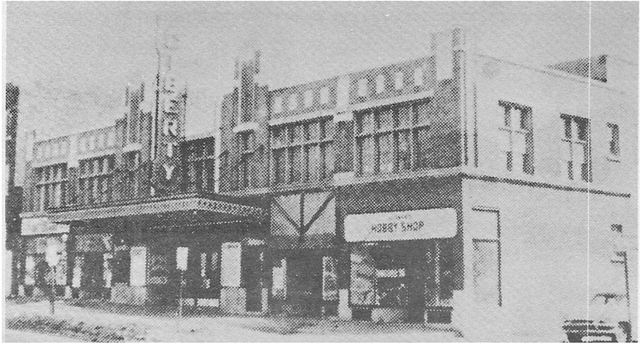 The Liberty Theatre was opened in 1927. It was operated by the Schine Circuit by 1941. It was closed by them in 1957, but was reopened by an independent operator who closed the Liberty Theatre in October 1959. It was demolished 1959 or 1960.