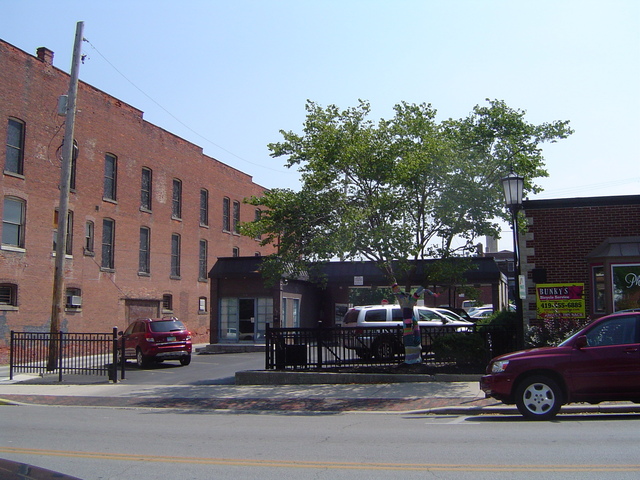 The Tiffin Theatre was originally built as a Chevrolet dealership which was operated by Zay and Sattler between the years 1924 to 1930. The owner of the property was Emanuel & Retta Hodgins. It was remodeled into a movie theatre in 1935 and leased to the Theatre Operating Corporation of Bellevue, OH. It opened on August 31, 1935, with “The Barrett’s of Wimpole Street” featuring Norma Shearer and Frederic March, plus a Mickey mouse cartoon. The Tiffin Theatre’s prices were an affordable 10 cents for children and 15 cents for adults. During the later years, the prices were increased to 20 cents for matinees and 30 cents for adults after 6pm. It was classified as a Class B theatre because the movies being shown were black & white or sepia tone. The Tiffin Theatre literally went head-to-head with the Ritz Theatre which was located across the street. The Ritz Theatre was classified as a Class A theatre because their movies were in Technicolor, which gave them an advantage over the Tiffin Theatre.

In 1938, the Tiffin Theatre, along with the Ritz Theatre were leased to the Schine Corporation. At that time the Tiffin Theatre was referred to as the ‘hoot & holler’, a cowboy or western theatre, screening westerns and serials staring Roy Rogers, Gene Autry, Hopalong Cassidy, John Wayne and other cowboy stars. It also showed a variety of movies over the years.

In 1942, the Schine Corporation, through five subsidiaries, operated 148 theatres in 76 towns in six states. Of these 148 theatres, they operated 36 theatres located in 17 towns in the state of Ohio.

On December 17, 1953, Retta Hodgins died and in her will, she deeded the property over to the Saint James Church of Clandoboye, Ontario, Canada. The Tiffin Theatre finally closed after a period of being open on weekends only in April 1954. On April 16, 1957, the church sold the property to Lloyd & Anna Andrus of Tiffin, OH. In September 1960, Hossler Construction Company demolished the building. A bank drive-thru and parking lot is currently occupying the site.