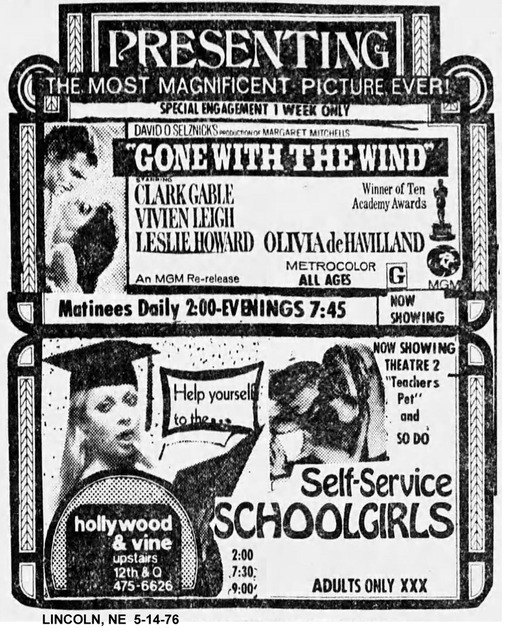 The projection booth was equipped with two ‘Unicemas’, in which the film was built onto one giant reel for play. You had to allow about 20 minutes between showings for rewinding. One union manager/operator hated the equipment so much that he stenciled ‘Maytag 240 Mulcher’ on the unit. The theatre opened sometime before 1973 (when I was hired), and closed in 1977 after I had moved on to Chicago to work for Plitt Theatres. The first Godfather’s Pizza was opened across the hall from the theatre.