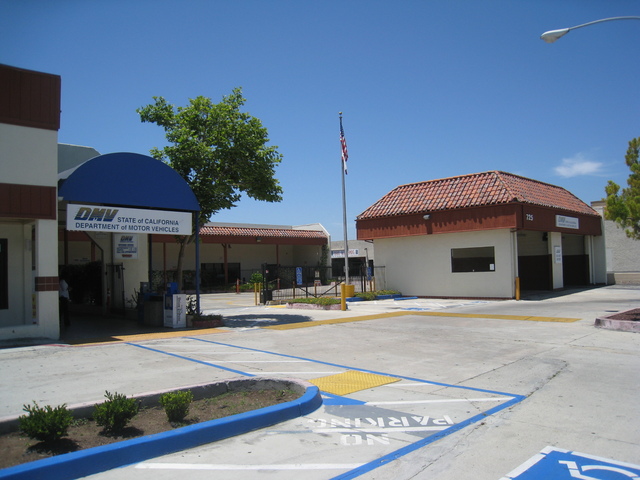 This is the first of two drive-in theaters that existed in Escondido. The Escondido Drive-In was opened on July 6, 1950 with Lon McCallister in “Boy From Indiana”. In 1967, it was relocated to another site on W. Mission Avenue. It has long-since been demolished, but can be seen on aerial/satellite imagery available. There is currently a small shopping center and Escondido’s DMV where this existed.

This appears to be the original location for the Escondido Drive-In Theater. An article in the Union Tribune explains it:

“The Escondido Drive-In opened July 6, 1950, at its original location at 755 West Mission Avenue. The price of admission for that night’s feature, “The Boy from Indiana,” was 50 cents. The drive-in could accommodate about 320 cars.

California political hopeful and former President Richard Nixon made a campaign stop at the drive-in that year, and in 1962, a local pastor began holding Sunday worship services in the lot.

Films such as 1959’s “Ben Hur” sold out several times a night. Dan Johnston moved the drive-in to 635 West Mission Avenue in 1967 to accommodate the thriving business."

*I have to question the address provided though, as it doesn’t appear to be correct on google maps. Unless perhaps the locations of the numerical addresses have changed since the 50’s…which isn’t too hard to believe.

Whats on the site of the first Escondido Drive-in?

Opened with 2 colour cartoons(not named), “Jungle terror”, “Circus Town”, “Boy frim indiana”, “So you want to be a baby sitter”.