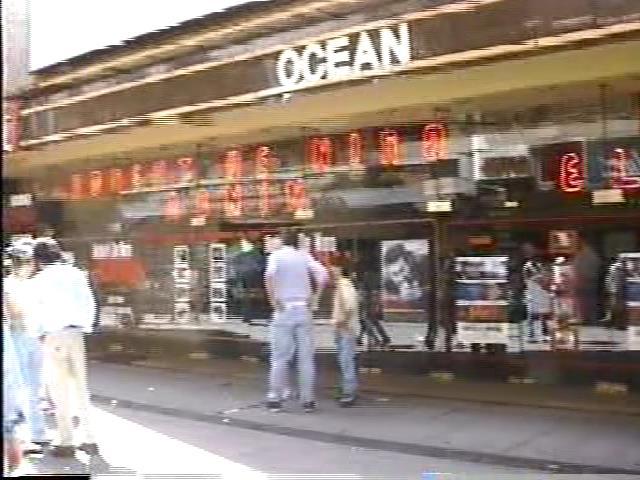 The Cine Ocean was opened in 1941. Inside the auditorium seating was provided in orchestra stalls, mezzanine and balcony levels. The interior decoration was a series of arched coves which contained concealed lighting.

It was closed on 30th July 1991. The building remained closed until 2006, when it was gutted internally and converted into retail units.