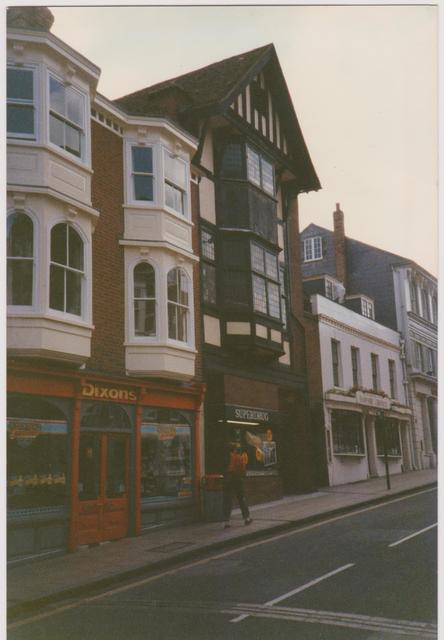 Located in the centre of Winchester, Hampshire. The Picture House was the first purpose-built cinema to open in the town. It opened on 14th April 1914, and was designed with a mock Tudor facade. Inside the long narrow auditorium seating was provided in stalls and circle levels. The proscenium was 20 feet wide. There was a cafe for the convenience of patrons. It was closed on 14th June 1926 to be enlarged (increased seating capacity is unknown), it re-opened in September 1926.

It was the first cinema in town to screen ‘talkies’ when Charles King in “The Broadway Melody” was screened on 30th September 1929. It was taken over by A.N. Kendall in July 1933 and by 1934 it was operated by Union Cinema Co. Ltd. and was refurbished. Taken over by the Oscar Deutsch chain of Odeon Theatres Ltd. on 6th November 1935. It was closed on 28th March 1936 with Alice Brady in “The Gay Lady”. The building was sold and became retail premises. In 1985, it was a Superdrug store, and by 2012, it is in use as Jack Wills gentlemen’s clothing store.