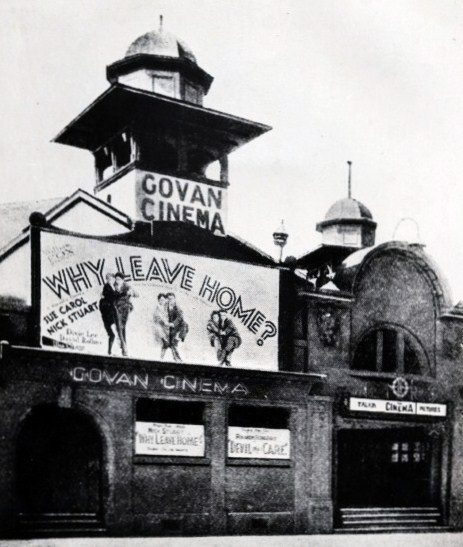 Located in the Govan district to the west of Glasgow. The Govan Cinema was one of the first cinemas to be operated by John Maxwell, who formed the Scottish Cinemas and Variety Theatres chain, later to become Associated British Cinemas(ABC).

The Govan Cinema was opened on 20th June 1913 with Abels Gance’s “Napoleon”. It was closed by ABC in April 1936, and was demolished to build their new Plaza Cinema on the site.