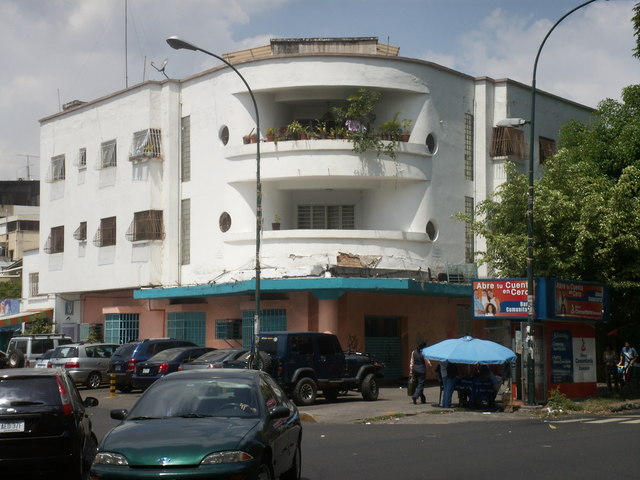 Located in El Pinar, a district in the southeast of Caracas, at the corner of Avenida Jose Antonio Paez and Guadalajara. The Teatro El Pinar opened on 5th June 1947 with Laraine Day and Robert Mitchum in “The Locket” (El Medallion). Seating was provided for 400 in the orchestra and 200 in the balcony.

The Teatro El Pinar was closed in 1982. It has been converted into apartments. The foyer was in retail use and an internet cafe, but when seen in March 2007 was vacant.