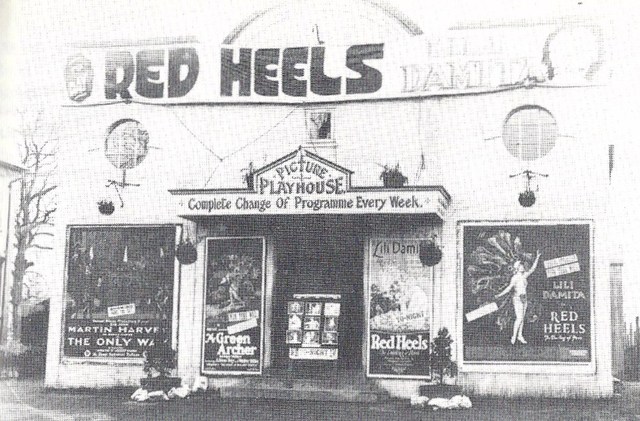 Located in Knowle, near Solihull, Warwickshire. The Picture Playhouse was opened in 1928. Seating was provided for 336 in the stalls and 56 in the circle. It was operated by John Chamberlain from its opening until his death in a car accident in 1936.

It was re-named Picture House, and taken over by P. Douglas Reeves. By 1951, he had re-named it Tudor Cinema. The proscenium was 21 feet wide. Briefly re-named Rex Cinema when Rex Reeves took over, it was closed in 1954, and was converted into Johnson’s Garage in 1955. Since demolished, a Guest Alfa Romeo dealership now operates from the site.