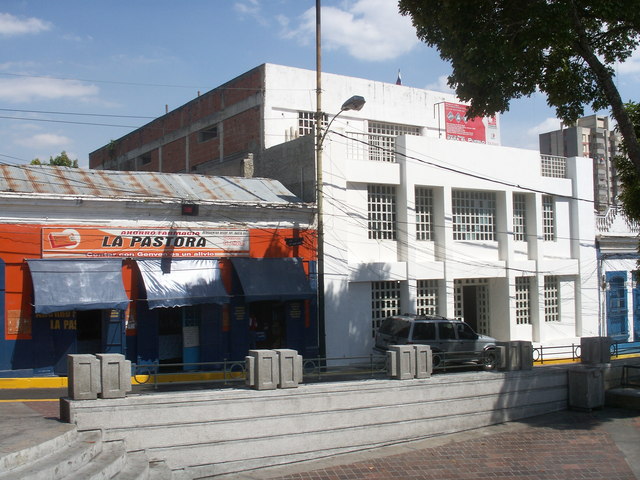 Located in the La Pastoria district to the north of the city. The Cine Plaza was opened on 28th March 1940 with Greta Garbo in “Ninotchka”, playing the film concurrent with the Teatro Avila in the city centre.

Designed in a Streamline Modern style by architect Rafael Bergamin, seating was provided in orchestra and balcony levels.

The Cine Plaza was closed in 1972. It was converted into a church. In around 1991, the facade was rebuilt. When seen in March 2007, the auditorium had been gutted and was being converted into a cultural centre.