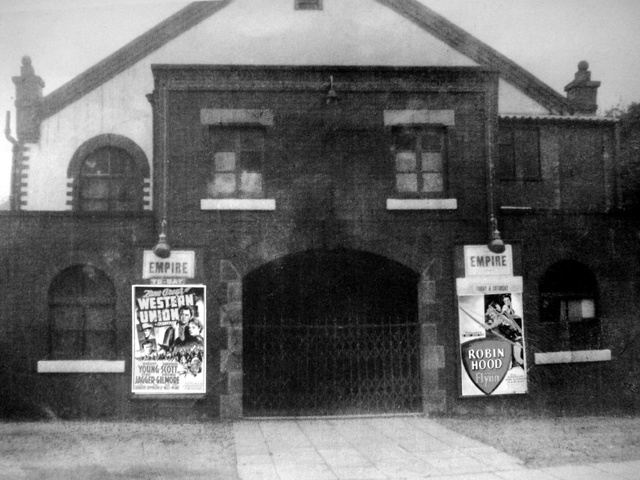 Located in Bollington, northeast of Macclesfield, Cheshire. It opened as the Picture Palace in 1912, and was re-named Empire Cinema in the 1920’s.

The Empire Cinema closed on 2nd August 1958, and became a chocolate factory for a number of years. It was demolished in May 2004.