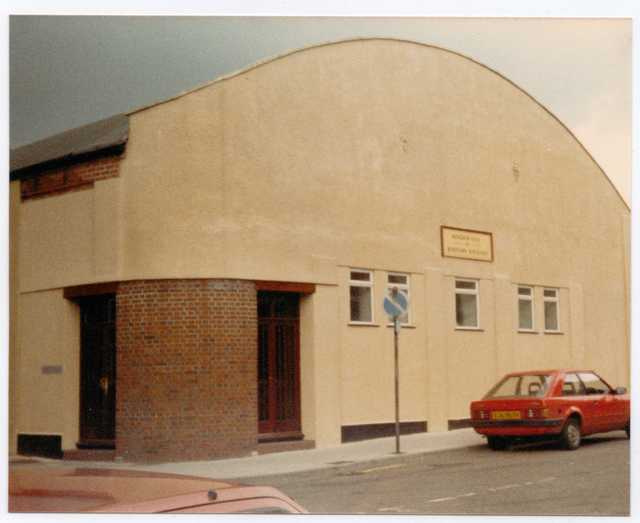 Located in Leek, Staffordshire at the corner of High Street & Salisbury Street. The Palace Ice Rink was converted into the Palace Cinema prior to 1934. It had a 25 feet wide proscenium, a 15 feet deep stage and one dressing room.

Hi This was a Hutchinson Hall during its Bingo Days..