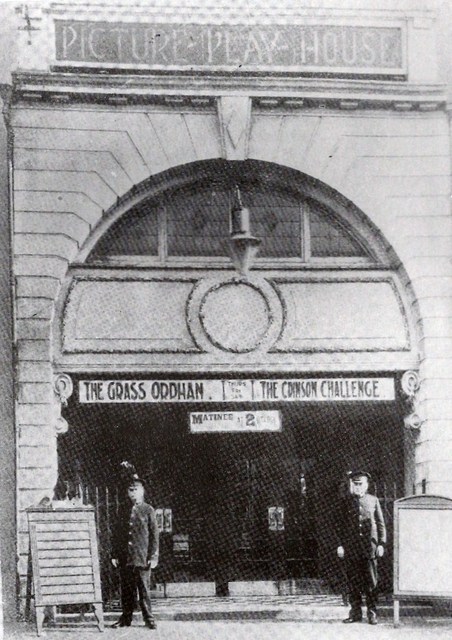 Located in the Caldmore Green district of Walsall. The Caldmore Green Picture Play-House was opened in December 1915. Seating was provided on a stadium plan, with a raised stepped section at the rear. The auditorium was a right angle to the entrance, and was entered by doors halfway down on stage left. It was re-named Forum Cinema from 24th December 1931.

In 1955, it was equipped for CinemaScope and the firm Modernisation Ltd. carried out the changes needed, including new screen curtains, wider proscenium and screen plus a redecoration. The old BTH projection equipment was removed and replaced by GB Kalee 20 projectors.

The Forum Cinema was closed on 28th May 1960 with Kenneth More in “Northwest Frontier”. The auditorium became a warehouse for the Walsall Lithographic Co. The foyer became a restaurant, but that suffered a fire in 1979, and is now office space