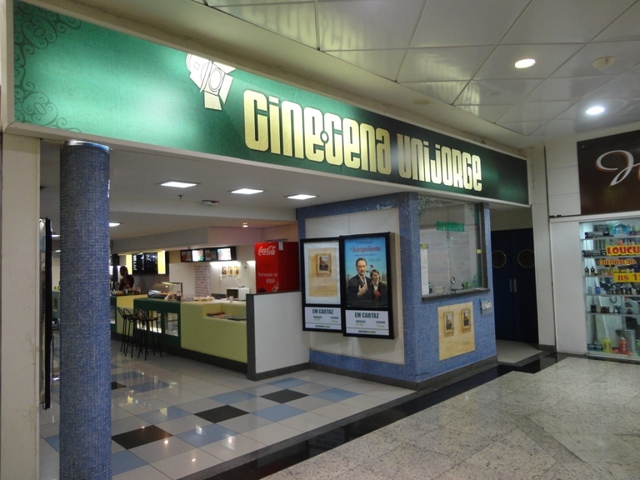 Located in the Itaigara district on the 3rd floor of the Shopping Itaigara centre. The story began in Cine Scene Unijorge on 21st March 1985, when Achilles Monaco, owner of the company, inaugurated the Orient Movies Cine Itaigara 2, an area not contiguous to the existing Cine Itaigara 1. Beside the commercial programming, it also sporadically screened art house films.

With the opening of the multiplex UCI Orient Iguatemi Mall in June 1998, and the UCI Aeroclube in 1999, the Cine Itaigara saw its audiences shrink dramatically as it did not have the same comfort of the modern multiplexes, and it closed in January 2001 (the exact date is uncertain).

However, after a beautiful remodel, the cinema re-opened on 16th January 2004, as the Orient Cineplace Itaigara (Cineplace was a brand created by the Orient chain for its multiplex complexes). It had stadium style bleachers, chairs with cup holders and ticket assigned seats, the first to offer this service in Salvador. Eventually the patronage began to decline again, and it closed on 1st August 2009, after selling just over 13,000 tickets throughout 2009.

Soon after closing, negotiations were underway to reopen and it was inaugurated on 22nd July 2011 with much pomp and circumstance, after a small renovation. The first movie screened was “Children of John - the brave new world of the Bahia” on 28th July 2011.