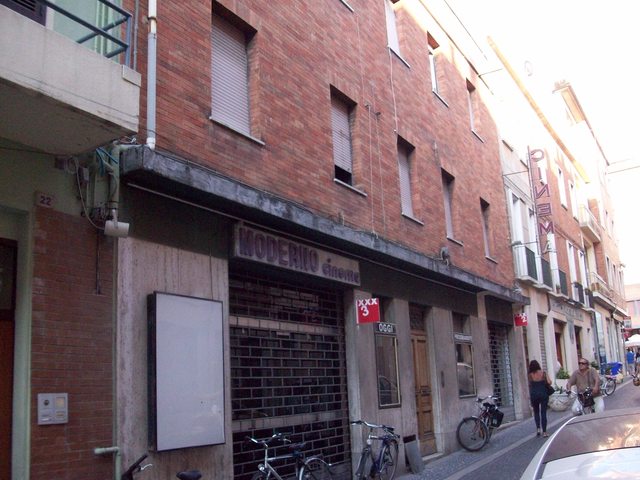 Located in the town of Pesaro on the Adriatic Coast in north-eastern Italy. The Moderno Cinema was opened in the 1960’s as a single screen cinema. It is said to have been quite a large cinema.

Closed in the 1980’s, it appears to have been tripled at some time. It has since been demolished and apartments were being built on the site in 2013.