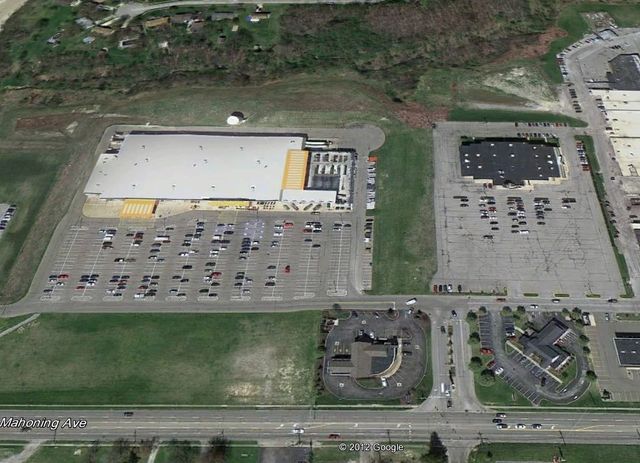 In March of 1964, Youngstown Enterprises Inc. was formed by Blair Mooney (Co-Operative Theaters of Ohio from Cleveland, Ohio) along with Carl Kesler from Youngstown, Ohio. They took over the leases for the Southside, Northside and Westside Drive-ins from Associated Threatres. Youngstown Enterprises Inc. will be operating all four of the Youngstown area drive-ins along with the Ski-Hi Drive-In, up to their closing. In 1969, Wellman Theatres ceased operation. After Peter’s death, his sons decided to get out of the theatre operating business and leased all their indoor theatres to Mooney. At the end of the 1986 summer movie season, the Westside Drive-In was closed for good. The property was redeveloped into a Home Depot and Harbor Freight Tools retail stores.

Just curious; Was Harbor Freight at one time an indoor theatre? The structure looks like one…

The West Side Drive in in the 1950’s showed mostly “B” pictures.

Ringhane. Yes that’s the Westside Drive-in in the video. My parents used to take me there when I was a kid all the time.