Clarence Street at Gillygate,
York, YO31 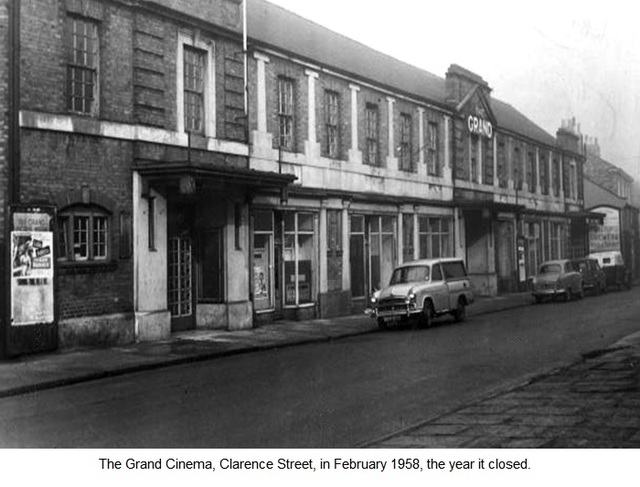 The Grand Picture House opened on 10th November 1919 with Lily Else in “Comradeship”. It was York’s third venue specifically built to show motion pictures. It originally had a ballroom located on the first floor of the building and cafe located on the ground floor. The auditorium at the rear ran parallel to Clarence Street.

The Grand Cinema was closed on 1st February 1958 with Alan Ladd in “The Gun Runner”(aka “Santiago”). The ballroom continued as Christie’s Ballroom. The building was damaged by a fire, and part of it was used as a car showroom for a while. After demolition, most of the site is now in use as a car park.