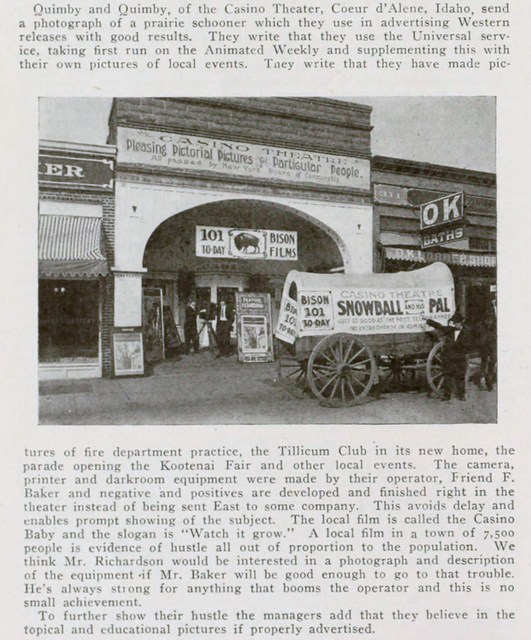 The Coeur D’Alene Press says that the Casino Theatre opened in 1912.

The Film Daily Yearbooks of the 1920’s list only the Dream Theatre and Rex (Liberty) Theatre, so the Casino Theatre may have closed before the 1920’s.

The building, however, survives and most recently can be seen in downtown Coeur d’Alene serving as a shoe store.