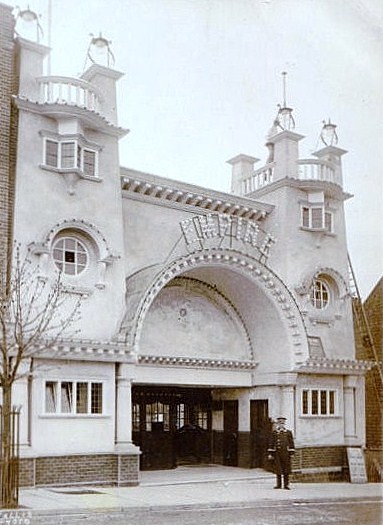 Located in Dovercourt, near Harwich, Essex. The Empire Theatre was opened on 29th March 1913 as a cinema. It presented stage shows as well as films. The proscenium was 29 feet wide.

By 1934 it was part of the Bostock Cinema Circuit, and had been fitted with a British Acoustic(BA) sound system.

The Empire Cinema was closed in the early-1950’s (it was listed as ‘Closed’ in 1954), so possibly never had CinemaScope installed. It was soon demolished. Shop units have been built on the site.