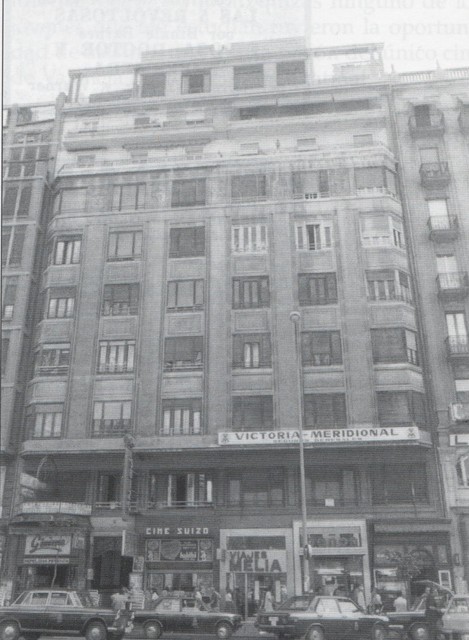 Located in one of the main city centre squares, just a few buildings along to the left of the IVAC Filmoteca Valenciana (former Cine Rialto). The Cine Suizo opened in 1928. It had seating provided for 576 in the orchestra and 144 in the balcony. It had originally been the Cafe El Suizo, and was converted into a cinema by architect Javier Goerlich and decorated in an Art Deco style.

In its later years of operation it was screening mainly soft core exploitation films, and was closed in 1994. It has been converted into retail use.

Here is a picture of the Cine Suizo.