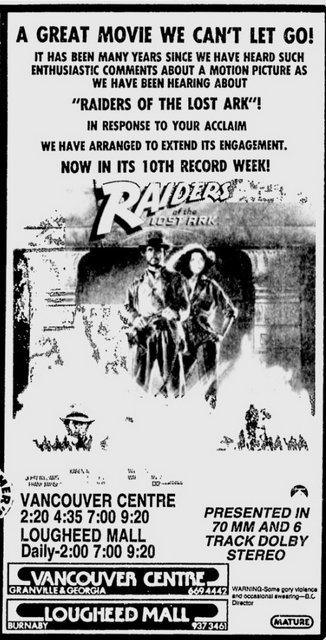 The Vancouver Centre Cinemas were opened by Famous Players on April 7, 1977 as part of the Vancouver Centre project, which also included an underground shopping mall and an office tower housing the British Columbia regional operations of Scotiabank. It acted as a replacement for the Strand Theatre, another Famous Players venue which had been controversially demolished, along with the neighboring Birks Building, in 1973 to make way for Vancouver Centre.

Cinema One, the bigger of Vancouver Centre’s two screens, seated 534 while Cinema Two seated 304. It closed in 2002.

April 7th, 1977 grand opening ad is in the photo section. 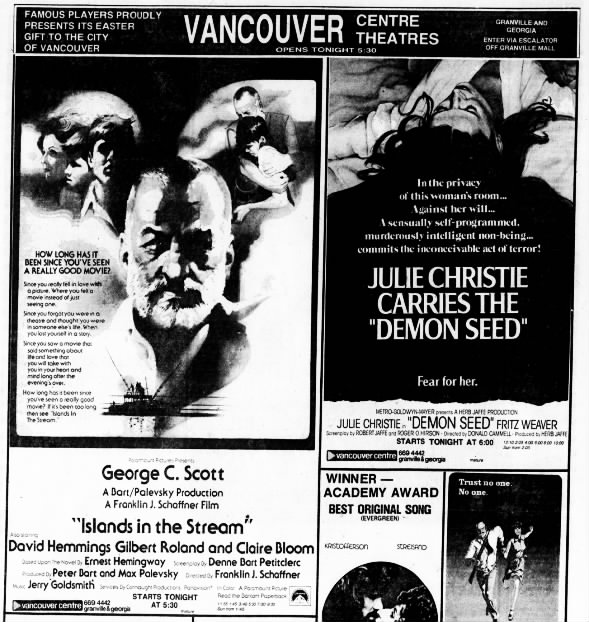