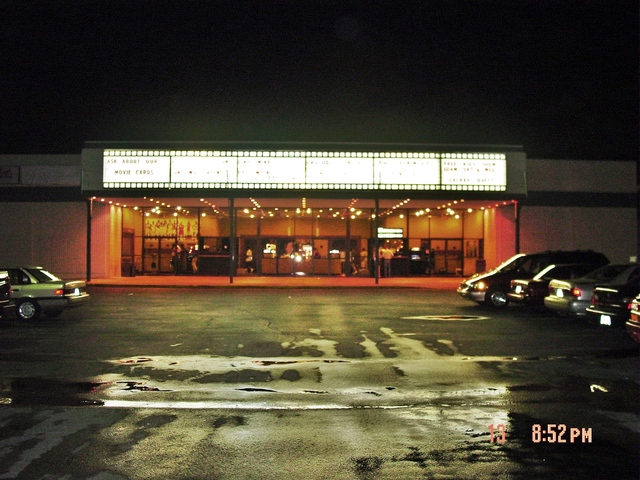 The first picture in this set is the lobby of the South Park after Lowes vacated the building.

An independent eventually came into the cinemas renaming the theatre the Reel Deal Cinemas at South Park. The concession stand was replaced prior to re-opening. The existing stand was rotting away. The Pepto Pink color scheme was eliminated, lobby carpeting replaced and the theatre continued for a few more years.

The theatre was torn down by the landlord, Kimco, in January of 2008.

For the record the location had ample parking but was located behind the SouthPark strip mall.

Sorry, about the double upload of the lobby after the remodel.

The NorthPark and SouthPark both opened on July 2nd, 1976. 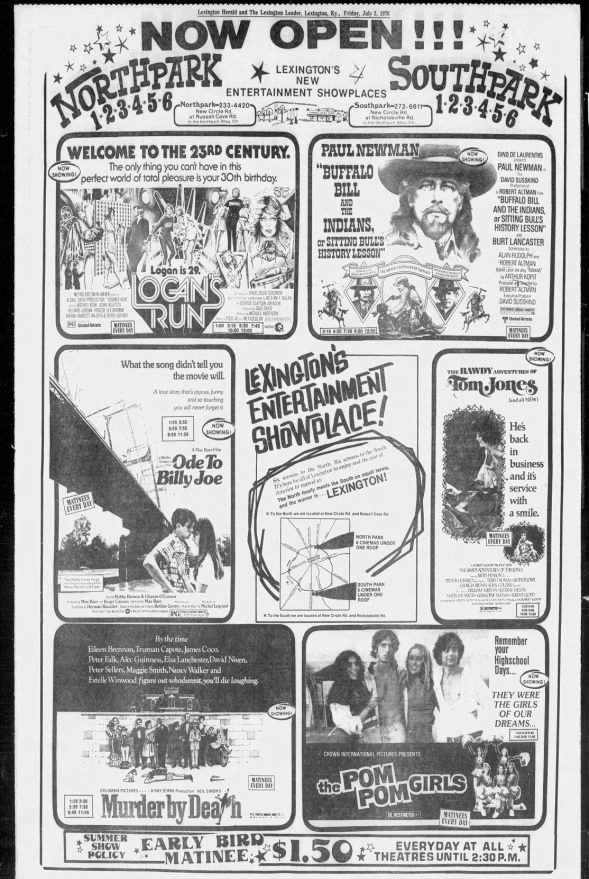 I worked at this theater twice. First from May 1982 thru early 1984 when it was owned my Mid-States Theaters, then for a brief time as an assistant in the latter part of 1990 when it was owned by Loew’s. When the theater first opened in 1976, the projection booths for houses 2, 3, 4, and 5 were not enclosed, but instead were simply raised platforms in the lobby, one on either side of the entrance to the houses. The projectors (platters) were in full view of the customers, and the films were exposed to all sorts of dirt, debris, and greasy steam from the popcorn poppers. The platters were notoriously jerky, probably owing to all the dirt down in the shaft, and the pictures were always unstable on the screen. The tiny houses 1 and 6 each had their own enclosed projection booths, but were often plagued with framing problems. Another issue was a design flaw of the houses themselves. Apparently either the interior designers or the builders had not calculated space for the side speakers, as they were hung IN FRONT of the screen!!! To add insult to injury, the screens were masked on both sides with curtains which hung behind the speakers, thus making a default and unchangeable aspect ration of 1.85 x 1. Any time a film was in a “scope” aspect ratio, the sides of the frame would be projected onto the speakers and curtains. I’m not sure when that particular problem was addressed, but it was finally fixed. The exposed projection platforms were enclosed in ‘82, around the same time that our boss decided that the lobby needed a facelift and chose a garish swimming pool blue over the previous golden yellow palate.

1970s theatre design was quite bad.

I believe the speakers in front of the screen was pretty common for theatres built by Mid-States at the time.