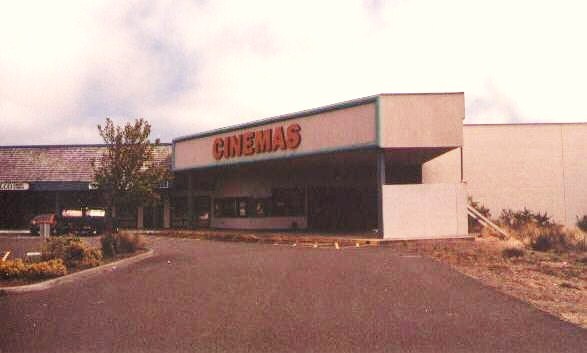 Four-plex theater located on the far right side of a strip mall. It was closed on July 14, 2013, unable to generate funds to convert to digital projection.

In August 2014 it was taken over by City Lights Cinemas and reopened.

According to this story in the Astoria newspaper, the Florence Cinemas closed July 14:

Florence has an open theater again, as City Lights Cinema has taken over the multiplex. Reopened August 8, 2014 by Michael Falter who also owns the Pickford Film Center in Bellingham Washington.

Although the previous owners were not able to convert, City Lights is now all digital thanks to a Kickstarter campaign that raised over $16,000 to pay for the installation and a few other repairs.

City Lights has a yearly membership program that gives you discounts to movies & at the snack bar. And in keeping with the film noir of its namesake, the 4 auditoriums are named Chaplin, Pickford, Fairbanks & Griffith.

Website: http://www.citylightscinemas.com/ Functions should also include live performances and movies(classic)