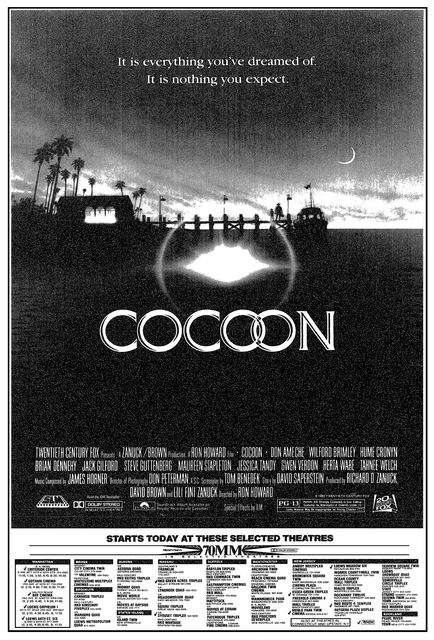 June 21, 1985 70MM Now The Syosset Triplex, the 70MM house was the converted balcony. Due to turn away crowds,“Cocoon” played opening week then moved over to sister theater The UA Cinema 150 down the street.