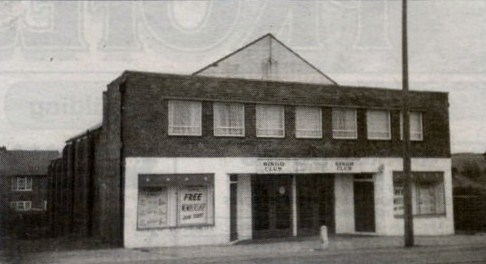 Located in Pensnett, to the north of Brierley Hill in the West Midlands. Sited near the Queens Head public house on Commonside, the Forum Cinema was opened on 20th January 1937 with Jessie Matthews in “Evergreen” and Gracie Fields in “Queen of Hearts”. It was designed by architect Stanley A. Griffiths of Stourbridge, and had seating provided all on a single level.

The Forum Cinema was closed on 30th May 1959 with Tyrone Power in “The Sun Also Rises”. It was converted into a ballroom which operated for several years.

Taken over by the Newcastle upon Tyne based Essoldo Cinemas chain, they converted the building into a bingo club, which operated for many years.

The Forum Cinema was demolished in June 2011.