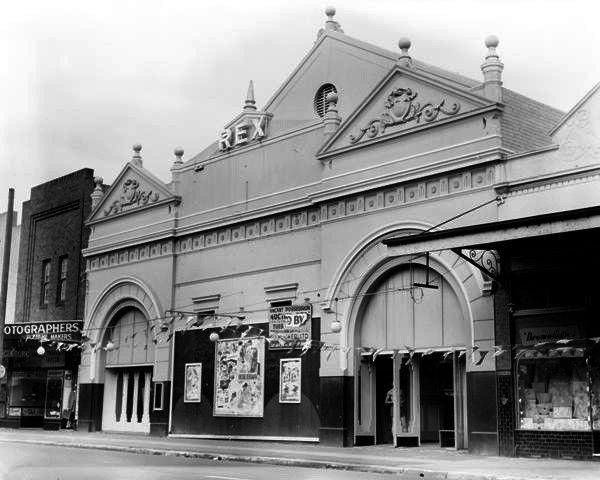 Located in the southwest Sydney district of Rockdale. The Rex Theatre opened in 1924, and was operated by Broadway Theatres Ltd. It became part of the Acme Theatres chain in 1947. They also owned the Rockdale Odeon.

The Rex Theatre was closed in the early-1960’s, and was demolished. A duplex of stores now occupies the site.