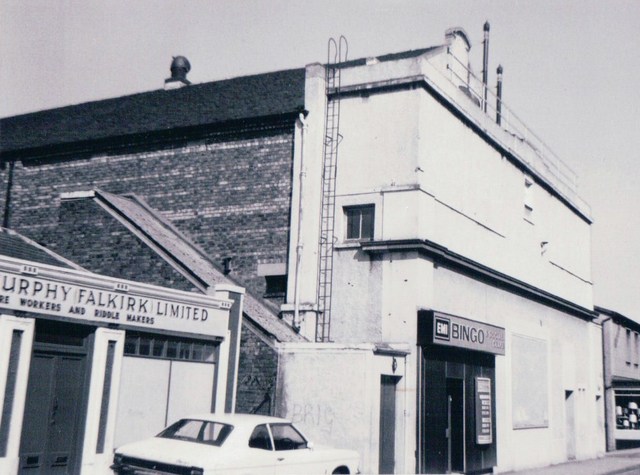 Located in Falkirk, Sterlingshire. Built in 1843 as an Evangelical Union Church, the church moved out in 1915. After alterations, the Picture House was opened in April 1920. Built for an independent operator, it was taken over by the A.B. King circuit in July 1920.

It was enlarged to 1,115 seats to the plans of architect Neil C. Duff, and was re-opened in December 1927. In 1929 it was taken over by the Associated British Cinemas(ABC) chain, and was equipped with a RCA sound system and screened the first ‘talkie’ in Falkirk; Al Jolson in “Sonny Boy” and also “The Jazz Singer”.

The Picture House was closed on 29th July 1972. It was converted into a bingo club, later operating as a Gala Bingo Club. This closed in the early-2000’s.

The building was purchased by the Wetherspoons chain of pubs and after refurbishment re-opened on 8th July 2002 as one of their pubs, this one named ‘The Carron Works’ after an iron works which had opened in the town in 1790.