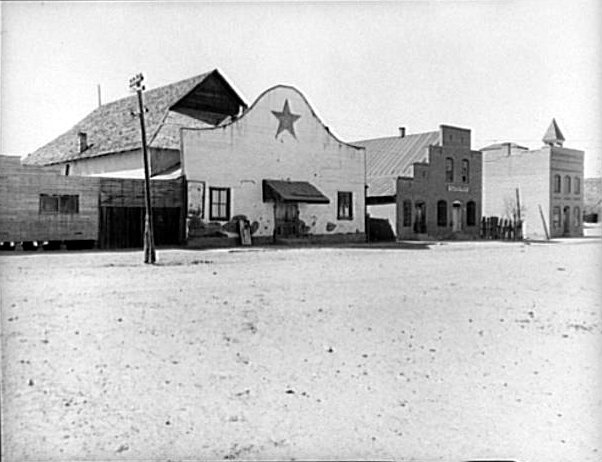 The Star Theatre in Escalante, Utah was built in 1938 by Lorin Griffin. The theatre had a rounded parapet which used petrified wood insets on its pebble-dash façade. The building had the name “Escalante” painted on the roof to help guide early aviators.

Gail and Reva Bailey operated the theatre until television forced it to close, probably in the mid-1950’s.

In 1998 the Utah State Historical Society provided a grant to assist with the restoration of the facade of the Star Theatre.