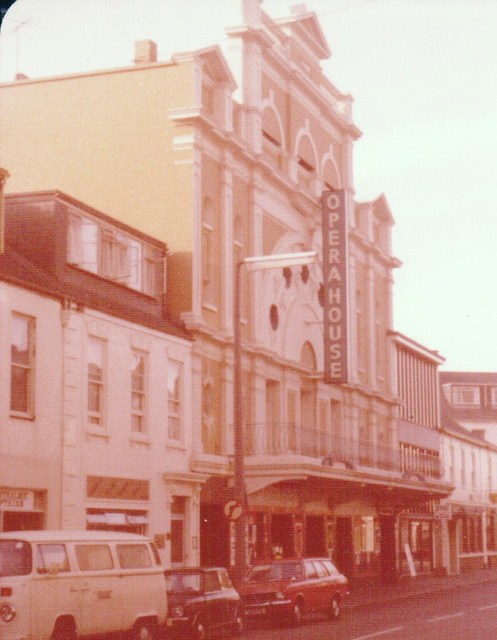 Located in St. Helier on Jersey, one of the Channel Islands. The Opera House was built on the site of the Royal Amphitheatre & Circus(1865), which was destroyed by a fire on 28th March 1899. The Opera House was designed by a civil engineer Adolphus Curry and opened on 9th July 1900 with Lillie Langtree in “The Degenerates”.

In 1914 it was taken over by Albany Ward Circuit and became a cinema. It was closed in May 1921 when it was damaged by a fire. Repairs were carried out by architectural firm Jesty & Baker, and it was re-opened by the Provincial Cinematograph Theatres(PCT) chain. PCT were taken over by Gaumont British(GB) chain in February 1929. They operated it mainly as a live theatre, but there was some cinema use.

Like all other cinemas and theatres in the Channel Islands, they came under German control during World War II. After the war, Gaumont British/CMA/Rank Organisation took over and they closed the Opera House on 20th December 1958.

Since then it has been taken over by independent operators as a live theatre, known as Jersey Opera House.