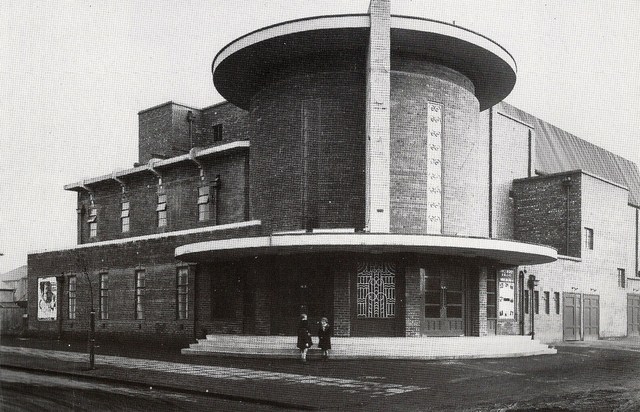 Located in Denton, Lancashire, in the east of Greater Manchester. The Rota Cinema was built for the Jackson & Newport circuit, and opened on 10th December 1934. It was a futuristic building (for its time), and was the first cinema to be designed by architect Henry F. Elder. The facade had a 34 foot high round tower which formed the 26 foot diameter entrance hall. Inside the auditorium, seating was provided in stalls and circle levels. There were decorative bands on the side-walls and a lay light in the centre of the ceiling, which curved down toward the stage opening. The was no decorative border around the proscenium opening.

ABC closed the Rota Cinema on 24th October 1959. It was demolished and housing was built on the site.