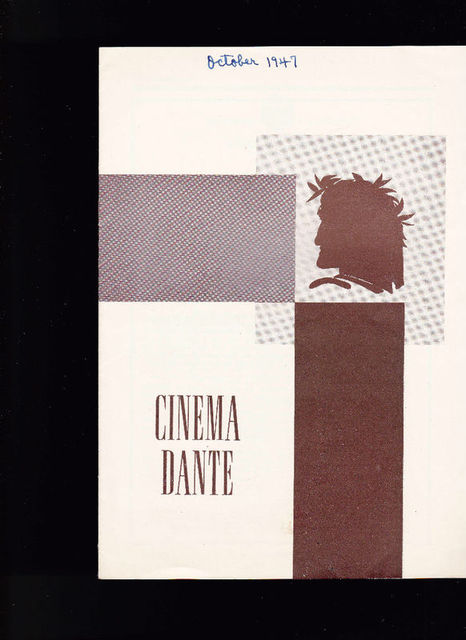 The Princess Theatre was a joint venture between the Shubert Bros., producer Ray Comstock and actor-director Holbrook Blinn. It was built on a narrow slice of land on W. 39th Street, just off 6th Avenue, and sat 299, one of the smallest Broadway theatres built when it opened in early-1913. The architect was William A. Swasey, who had designed the Winter Garden Theatre two years earlier.

Originally planned as a venue for short, one-act dramatic plays, the Princess Theatre instead became a showplace for light musical comedies, from 1915 into the early-1920’s. It also screened movies during 1915-1916.

Though fairly drab on the outside, looking like a six-story office building except for its marquees and gaudy electric sign over the main entrance, the Princess Theatre was quite elegant inside. A blend of Georgian and French Renaissance styles, the auditorium contained fourteen rows of seats, twelve boxes off the proscenium arch, and was hailed for its excellent acoustics and sight-lines. The decor included Neo-Classical inspired plasterwork and antique French tapestries hung from the side walls.

In 1922, drama returned to the Princess Theatre for another seven years, but, unfortunately, success did not, and after a brief stint as the Lucille LaVerne Theatre in 1928, the Shubert Bros. sold the theatre.

In 1929, the New York Theatre Assembly took over the Princess Theatre and renamed it the Assembly Theatre. However, within half a year, the theatre was closed, and remained unused until 1933, when it reopened as the Reo Theatre, and was, like so many other former legitimate houses, now being used as a movie theatre.

A year later, the International Ladies Garment Workers Union (ILGWU) acquired the theatre, and used it as a recreation center for neighborhood workers.

However, in 1937, legitimate theatre returned to the theatre, now called the Labor Stage, in a big way, with “Pins and Needles,” which was the longest running Broadway show of the day, running for 1,108 performances. When the show moved to the Windsor Theatre, the ILGWU reclaimed the theatre briefly as its recreation hall.

In 1947, movies returned to the theatre, now renamed the Cinema Dante, screening foreign features. A year later, it got another name change, the Cine Met, and in 1952, yet one final name, the Cine Verdi.

By the mid-1950’s, the old Princess Theatre was on the outskirts of the theatre district, and in 1955, the little theatre was torn down.

I am hoping someone might be able to answer a question for me. I am researching for a catlogue raisonne of work by American sculptor Sally James Farnham(1869-1943). In the Farnham archives, I have found a photo of a work she apparently created for the Princess Theatre in 1913. It depicts a female nude allegorical figure of Theatre with the words “The Princess Theatre of Thrills, F. Ray Comstock, manager New York”. I understand that the Princess Theatre was demolished in 1955. I would love to know if there are any existing photographs of the interior of the theatre or if anyone knows whether any works, such as this Farnham piece, might have been salvaged before the theatre was torn down.

Two photos of the Princess Theatre, one exterior and one interior, can be found in the book “Broadway Theatres: History and Architecture” by William Morrison, pages 84 & 85. The Princess had various names over the years. It was also called “Little CineMet” at one time because of its proximity to the old Metropolitan Opera and “Cinema Verdi” when it ran Italian films exclusively.

Casolaro Films, a distributor of Italian films to ethnic houses and some art houses, had its offices at 106 W. 39th Street, in the Princess Theatre building, and might have supplied some of the programs for the theatre under its incarnations as Little CineMet/Cinema Verdi in the 1940s-50s. Casolaro later became Casolaro Giglio Films, moved to Lafayette Street off Canal, and supplied the Cinema Giglio (which they must have leased) with Italian product.

This theatre, which at one point was known as the Little CinÃ©Met, ran this lesser-known Italian neorealist film in 1949.

Shown here at the Cinema Verdi in 1953 was this 1950 Italian film called The Singing Taxi Driver.