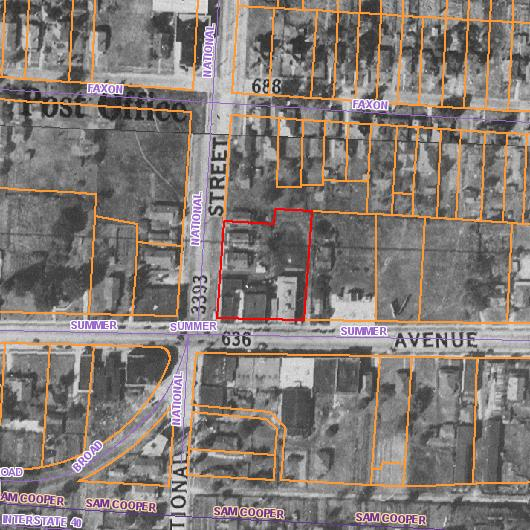 This Airdome Theatre was on Summer Avenue between National Street and N. Highland Street in a developing area. It is listed in the 1926-1927 city Directories, which means it was open in 1925 and closed sometime in 1927. The area was beginning to develop and since airdomes were seasonal, like drive-ins, more money could be made with an indoor theatre. The Bristol Theatre, across the avenue, opened in 1929. Research in original city Directory listings revealed the location of this theatre further east than was originally thought.

The posted aerial is from 1938. The theatre was long gone and the lot developed.