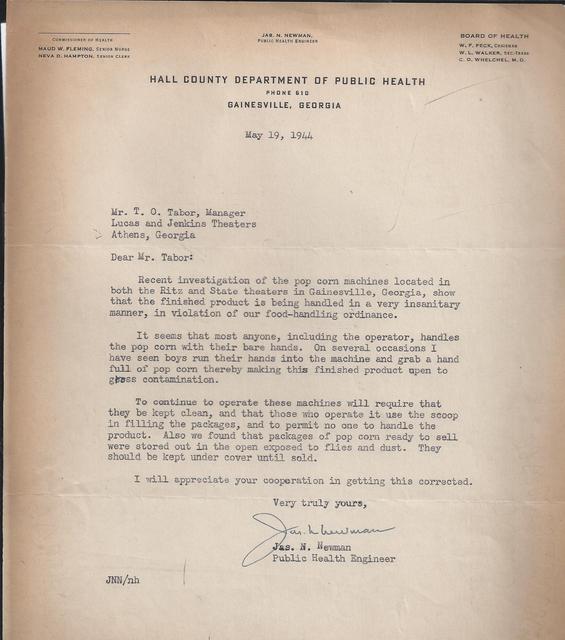 The State Theatre was located in downtown Gainesville on Washington between Bradford and Green Street. Seating was listed at 567. It was opened October 20, 1924, but was destroyed by a fire in March 1925. It was rebuilt and in operation in the mid-1930’s when it was operated by Lucas and Jenkins. By 1940 it was under the Georgia Theatre Co. listings and remained that way until its closing in the early-1950’s. The building is very ornate and still in use for retail.

Here is news from the November 1, 1924, issue of The Moving Picture World:

“Definite information that the new State Theatre, Gainesville, Ga., will open on October 20 has been received. Frank Plaginos is owner and Jack Lewis is manager. ‘The Sea Hawk’ is the opening attraction.”

An article about Gainesville’s movie theaters in the September 26, 2010, issue of the Gainesville Times said that a fire swept the block the State Theatre was in five months after the house opened, but Plaginos quickly rebuilt the theater on the same site.