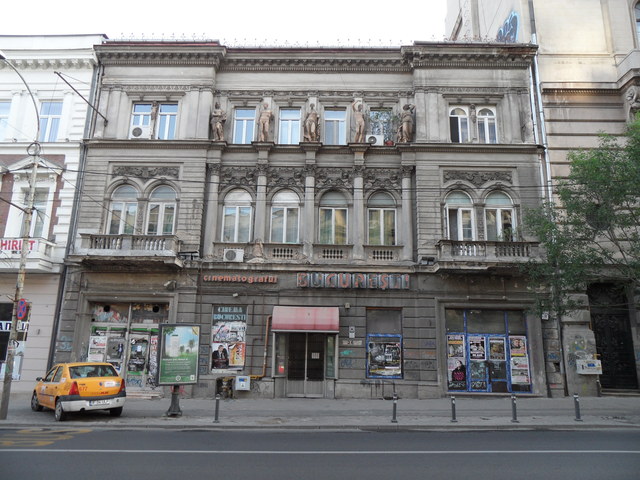 According to a ‘Monument Istoric’ wall plaque, this “eclectic building”, which was built in 1884, has been attributed to architect Al Orascu and contains the oldest cinema on this boulevard. Formerly known as the Trianon Cinema, it was “rehabilitated” (restored/upgraded?) in 1942 and received its current name in 1948. The second storey statues represent, in order, Orpheus, Hercules, Aphrodite, Apollo and Artemis.