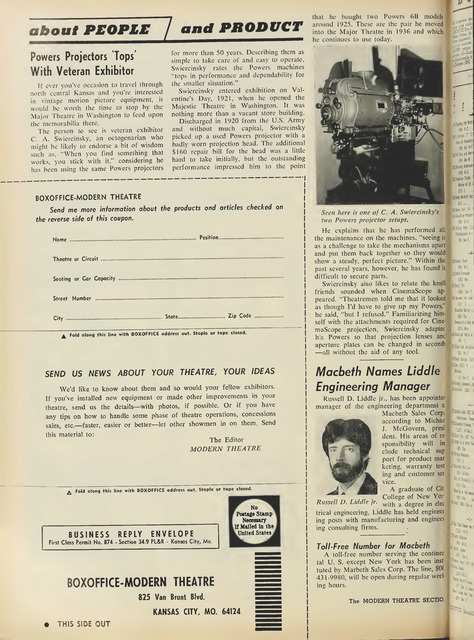 The Major Theater was built by C. A. Swiercinsky in 1921. The thearer was air-conditioned and fully equipped with all the latest devices for motion pictures. The electrical and neon marquee and display were also of the very latest type.

From almost its entire history, the theatre was run by the Swiercinsky family, whose patriarch and matriarch became known affectionately in Washington as Charlie and Rose.

But in the mid-1980’s, after nearly six decades of service, the Swiercinskys sold the theatre and retired.

It is really awesome to see my great-grandparents theater on the web! Thanks for documenting it!

A complete history of the Major Theatre can be read on the link below;
View link

The 1950 edition of Film Daily Yearbook gives the address of the Major Theater as Main Street, Washington. KS. However this does not map today and has possibly been re-named?

According to the link posted above by Miss Melba Toast, C.H. Swiercinsky came to Washington in 1921 and purchased the Majestic Theatre. This was demolished and the new Major Theater was erected on the site;opening in 1936.