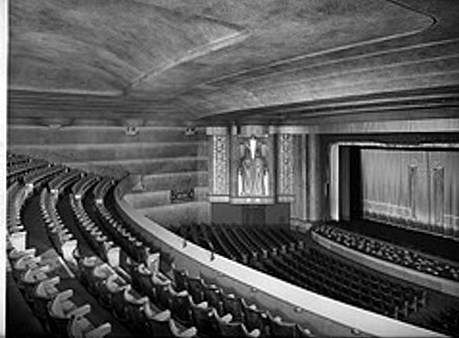 Located in Tonbridge, Kent. The Ritz Cinema was built by the Union Cinemas chain, and opened and on 30th July 1937 with Sydney Howard in “Splinters in the Air” and Margaret Lindsey in “Isle of Fury”. Designed by architectural firm Verity & Beverley, the brick exterior was rather plain. Inside the auditorium seating was provided in stalls and circle levels. There was a restaurant for the convenience of its patrons.

In August 1955 the Ritz Cinema was taken over by the Shipman & King circuit. It was closed on 14th March 1978. The stalls seating area was converted into a Bejam freezer store. A 98-seat cinema was created in the former restaurant area, which opened as the Carlton Cinema in August 1978, operated by an independent. It was closed on 25th September 1981. The Bejam store operated for many years, eventually becoming an Iceland store, but was closed in the 2000’s, and the building was demolished.

“ .. the brick exterior was rather plain”

Photographed circa 1990 as the Bejam supermarket.