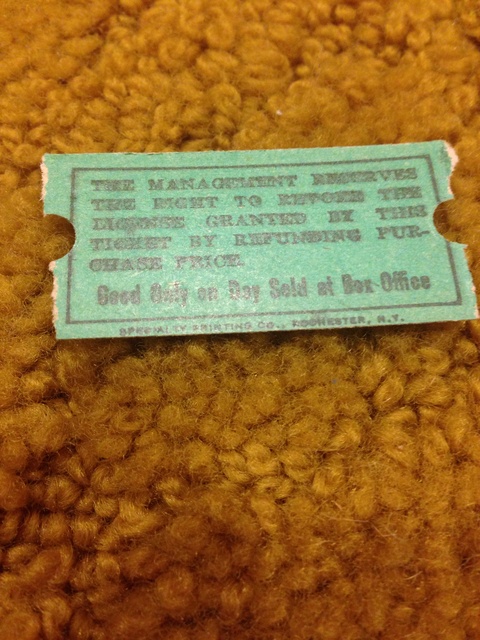 Did the Arnett become the Coronet Theater, it was on Thurston also? The Coronet is not listed here.

From Bing and Google views this theatre appears to still be there in massive disrepair. The ceiling appears to be full of holes and half of the front facade has disappeared between the time of the Bing birds eye view and the Google street view.

The Arnett was located about half a block south of Chili Avenue on the west side of Thurston. It was open at least until 1957. I spent a lot of Sunday afternoons there when I was in grade school. As far as I know it was independently owned. My mother babysat for the couple who ran it back in the 30s.

I drove by the other day. The building had been intact for many years, but is now in an advanced state of what looks like demolition. Not much left but the outer walls.

The Coronet was what had been the West End, a Schine theater farther down Thurston.

The Arnett Theatre stopped showing films on November 30, 1957. It was auctioned in July of 1958. Plans to turn it into a art cinema were detailed in 1961 but appear to have stalled.