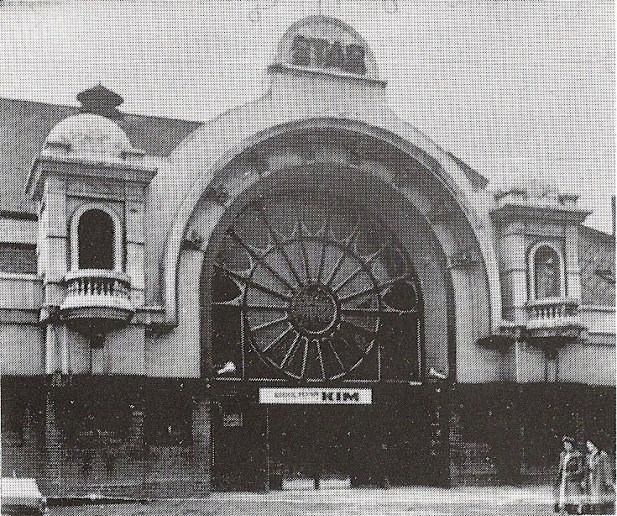 Located in the north Birmingham district of Gravelly Hill. The Gravelly Hill Picture House was opened in June 1914. The façade of the building featured a huge rose window, very similar to the one on the Villa Cross Picture House, Handsworth, Birmingham (1913), so they could have been designed by the same architect (C. Sharp-Smith). The Gravelly Road Picture House had a 36 feet wide proscenium. Around 1930 it was equipped with a Western Electric(WE) sound system.

By 1934 it was operated by William Devey, who operated several cinemas in Birmingham, and was a player for Aston Villa Football Club. He operated this cinema for the remainder of its cinematic life.

Around 1946 it was re-named Star Picture House. In around 1955 it was given a makeover by Modernisation Ltd, and the rose window on the façade was removed and the building was given a ‘modern’ look. Unfortunately, did not increase business, and the Star Picture House was closed on 30th August 1958 with Frank Sinatra in “Pal Joey” and Anthony Dexter in “Parson and the Outlaw”.