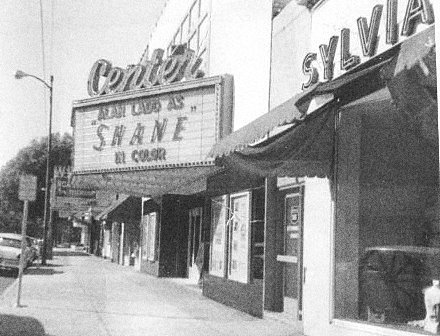 The Oasis Theatre was open in 1930 with seating listed at 483 seats. The theatre was operated by Everett Enterprises and the theatre closed in 1950. It was then renamed Center Theatre.

The city directory listed the address as 104 W. Nash Street but in mapping it bounces to 104 SE Nash Street which is right next door to the Edith Boykin Cultural Center. Currently I cannot find W. Nash Street on the map. There must has been some street name changes since 1930 or maybe some number changes?

Any further information on the Oasis/Center Theatre would be appreciated.

The Oasis Theatre was either remodeled after 1950 into the Center Theatre or demolished and replaced by the Center, which was a Stewart & Everett Theatre. The Center most likely closed around 1968 when the Parkwood Cinema (AKA Parkwood Mall Triple) opened for business.

Judging from a photo of the Wilson (Edna Boykin) and Center (former Oasis) theaters posted on the Edna Boykin Cultural Center page, I believe the Oasis/Center theater was not demolished but instead combined with 106 West Nash Street (the building between the Center and Wilson theaters) and remodeled into offices for the Thomas & Farris law firm.