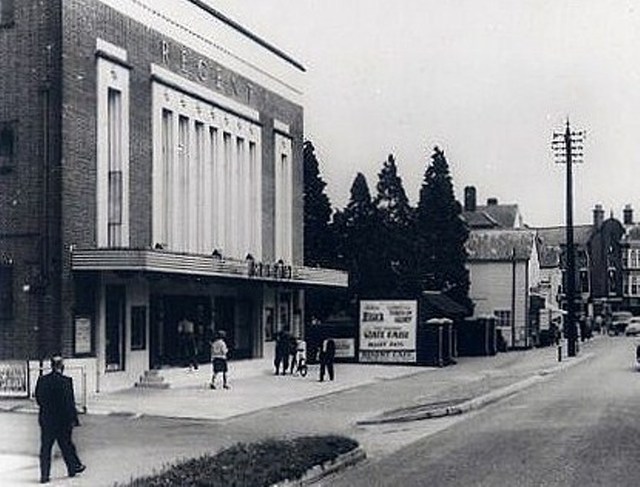 Located in Horley, Surrey, a small town close to today’s London Gatwick Airport. The Regent Cinema was built by the Shipman & King chain, and opened on 5th April 1935. Seating was provided for 900 in stalls and circle levels. It had a 30 feet wide proscenium, and was equipped with a Western Electric(WE) sound system. It was equipped with a Christie 3Manual/6Ranks organ with an illuminated console on a lift, that was opened by organist Thomas Grosch. The Regent Cinema also had a café for the convenience of its patrons.

The Regent Cinema was equipped with CinemaScope in 1954. In 1967 it was taken over together with all the Shipman & King circuit by the Grade brothers, and then passed to EMI. The Christie organ was removed from the building in 1973 and sold to a private owner. In October 1975, the Regent Cinema was sold to the Myles Byrne chain. Finally operated by an independent operator, using the 192 seats in the circle only, it was closed and demolished in 1981.

A Morrisons convenience store now operates on the site.