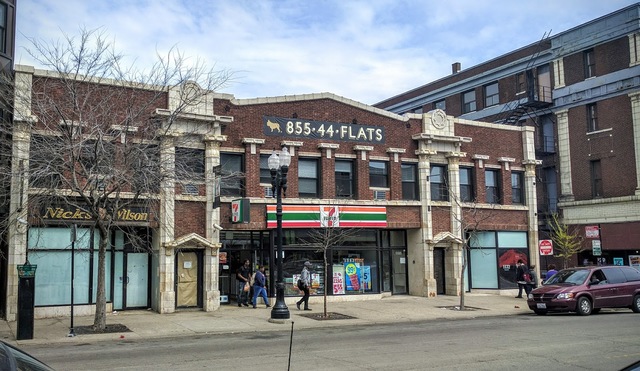 The Clifton Theatre opened in 1911. It was located on W. Wilson Avenue at the corner of N. Clifton Avenue in the Sheridan Park area of the Uptown neighborhood. It was closed in 1919.

The building the theatre was once located in still stands and houses three retail businesses today.

I always thought that this building used to be a theater. Love the red brick and terra cotta being kept up nicely at age 100!

This Clifton opened in 1911 and closed in 1919. Another Clifton Theatre in Chicago co-existed between 1909 and the start of 1917 at 3522 W. 26th St. close to the Homan Theatre. It was rebranded as the Little Bohemia Theatre briefly in 1917 and was closed. It has been demolished. A picture is in photos.