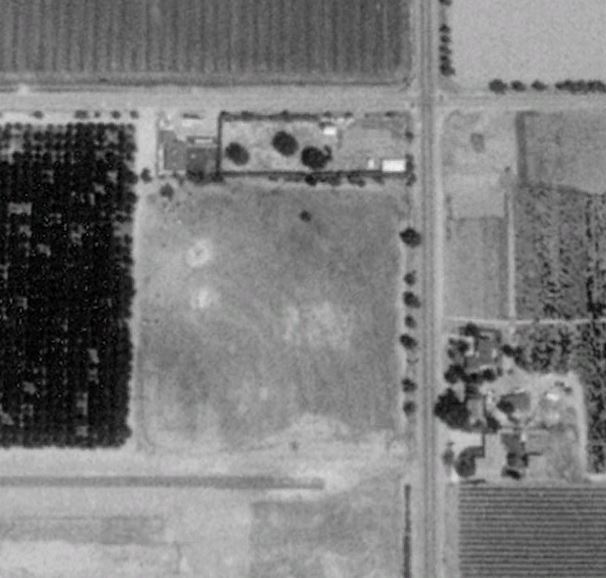 The 350-car Midway Drive-In opened on April 14, 1949 with George Brent in “Luxury Liner”. It was described as being 3 miles south of Lodi at Lower Sacramento Road at Armstrong Junction. The owners were William D. Bascom of Palo Alto and Walter A. Lawrence of Modesto. The Lodi News-Sentinel described them as being graduate engineers, who handled the construction of the theater, which had the room to expand to 550 cars.

Manager John L. Adams said there was a definite reason for locating the theater midway between Stockton, as there was a potential market for 125,000 persons. The theater would play nothing but first-run films and had a working agreement with Metro-Goldwyn-Mayer and newsreels would be flown in from New York everyday of the week.

On December 14, 1954, their advertisement read “Closed for repairs. Watch for reopening date". Evidently those who watched for the reopening date never saw it again. According to the News-Sentinel, the screen later blew over in a windstorm.

Uploaded the opening day movie ad along with another one.

Now Raley’s at 311 S Lower Sacramento Rd, Lodi, CA 95242. Believe it or not, part of the entrance road at W. Tokay Street is still there in front of the credit union and the Mobil gas station.

Looks like the renaming occurred in summer 1950. From the July 15, 1950 issue of BoxOffice: “Better films and improved theatre facilities are planned by the new operators of the Tokay Drive-In, formerly the Midway. Charlie Holtz and Ed Rowden have taken over the drive-in, which is now under the operation of the Sacramento Amusement & Development Co.”

Why the name Tokay?